Who Is Nathan Maguire?

Nathan Maguire is a T54 wheelchair racer, competing in 100m, 200m, 400m, 800m & 1500m. He was paralysed from the waist down after a sudden case of Transverse Myelitis, aged 8. This however, has never stopped him and since then he has competed at 3 European Championships, 2 World Championships, a Commonwealth Games as well as the Rio 2016 and Tokyo 2020 Paralympic Games.

Nathan Maguire began wheelchair racing in 2014, racing for the first time in that years London Mini Marathon. As well as winning the race, in not only his first competition, but on his first international stage, he also set a new course record in the process, which still stands today. This was just a taste of the successes that were to come in his athletics career.

Throughout the 8 years that Nathan has been racing, he has chipped away his personal bests and worked his way up the UK and World rankings, winning a few medals along the way. His first major international medals came at the European championships in Berlin 2018, where he won 3 Bronze medals in the T54 100m, 200m, & 800m and was part of a Gold medal winning 4x100m Universal relay team, securing a World record at the same time.

He secured 3 medals at the 2021 European championships in Poland; 2 bronze medals in the T54 400m & 800m and a silver medal as part of the Great British winning 4x100m universal relay team.

Tokyo 2020 saw Nathan win his first Paralympic medal, coming second in the 4x100m Universal Relay team as part of the British tea. He also secured a 6th place finish in the T54 400m final and 10th place in the T54 800m. Nathan is now training for the Commonwealth Games in Birmingham this summer, and the Paris 2024 Paralympic Games.

Nathan currently looking for support and currently stretches his UK Sport funding to its limits to ensure he has the same top class equipment, competition and training opportunities as everyone else on the start line. If you feel like you or your company could support Nathan in any way please get in touch. 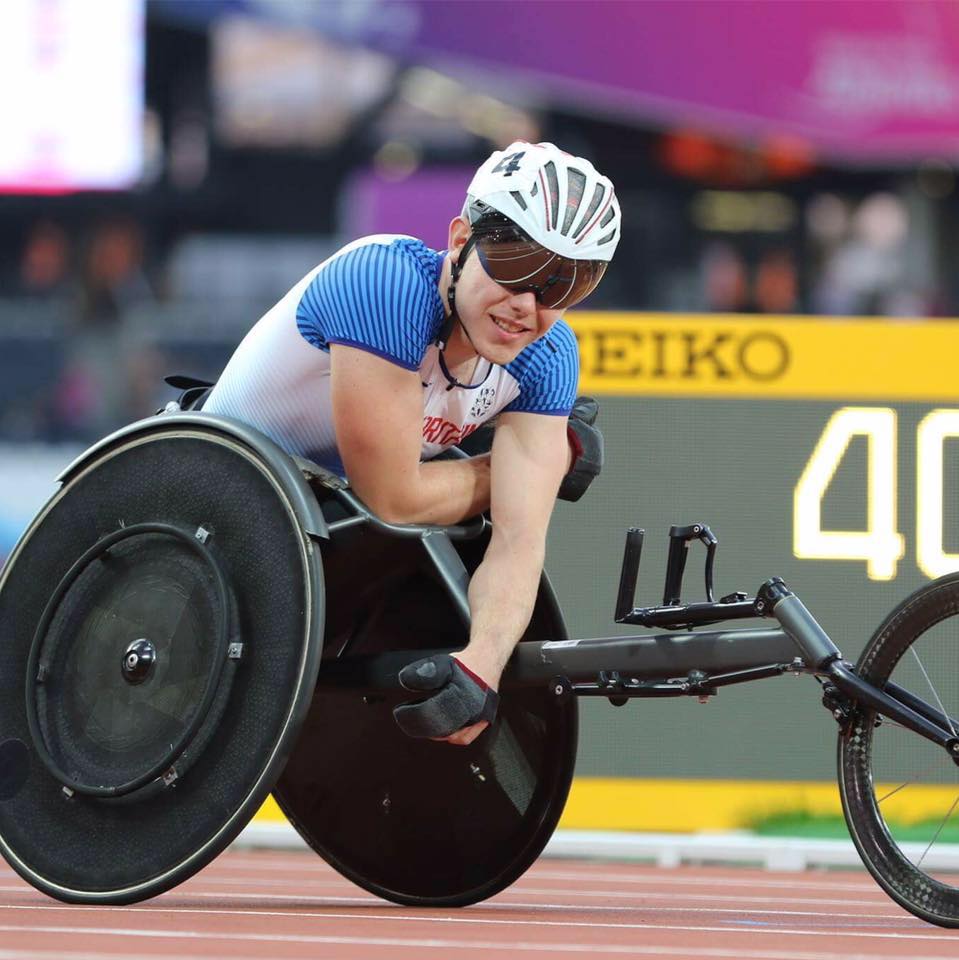